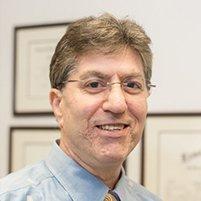 Psoriasis is a skin condition that causes discomfort and skin inflammation. Dr. Andrew G. Woolrich treats patients in and around New York, NY, who are suffering from psoriasis.

Psoriasis is a skin disorder that causes red, scaly plaques on the skin. It is a chronic condition and usually occurs on the limbs, trunk, and scalp, but it can also appear on other parts of the body. Psoriasis is not contagious, but it can flare, causing the symptoms to get worse. The rash associated with psoriasis goes through cycles of improvement before it gets worse. Psoriasis is usually the result of a problem with the immune system. It is most likely to occur in members of the same family. At times, psoriasis can be disfiguring, uncomfortable, and even painful.

What are the Symptoms?

Symptoms of psoriasis include red, thickened areas of the skin with silvery scales. The skin naturally replaces itself after about a month. When psoriasis is present, the process speeds up, and the skin is replaced every three days instead. This causes the skin cells to multiply too quickly, accumulating on the surface in silvery scales. Psoriasis comes in many forms, and each differs in severity, duration, location, shape, and pattern of the scales. The most common form, called plaque psoriasis, begins with little red bumps that gradually become larger, with the formation of scales.

Unfortunately, there is no cure for psoriasis, but there are many different treatments available that can clear up the symptoms and bring relief. Your doctor will usually prescribe medications that are applied directly to the skin. Topical treatments include cortisone compounds, synthetic vitamin D analogs, retinoids, tar, and anthralin. Controlling triggers that bring on flares of psoriasis, such as stress, and taking care of your skin can help keep symptoms in control. The goal is to reduce inflammation and to control shedding of the skin. Moisturizing creams and lotions loosen scales and help control symptoms and signs of psoriasis. Other treatments include ultraviolet light therapy, methotrexate, retinoids, cyclosporine and a variety of biologic agents.

Dr. Woolrich accepts most major insurances. If you have any questions, please feel free to give our office a call and one of our knowledgeable staff members will be happy to help.

Our office is handicap accessible and English, Spanish and Hebrew are spoken.

Words from our patients